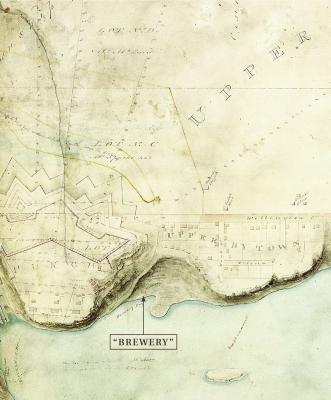 As the summer heats up Ottawa’s thirst for a cold beer seems unquenchable, with close to 20 craft breweries now operating in the Nation’s Capital.

Since Ottawa’s first tavern opened in 1819, Ottawa has always been a town of beer drinkers despite our reputation as being a “boring government town.” As these local breweries open and pour their products at an increasing rate, let’s not lose sight of our important beer history and locate our very first brewery, a brewery that I believe was situated at the base of Parliament Hill.

In the early 1800s, a Ralph Smith from King’s County in Ireland built a house near Richmond Landing, right near the Portage Bridge. An excerpt from the book by Nicholas Flood Davin, The Irishman In Canada (published in 1877), reveals that after arriving on the shore near Richmond Landing in 1819, Smith got to work operating a brewery and a ferryboat to take people and belongings across the river to Wrightstown (now Gatineau/Hull).

Old maps of Ottawa have always fascinated me, recording places in a time that was never photographed. One such map is the one at the Library and Archives Canada labelled, MIKAN 4135481 Bytown 1831.

This map was drawn to show the topography of the riverfront of what is now Parliament Hill, back then called “Barrack’s Hill” because it was a military outpost, and it clearly labels a body of water on the south shore, just west of the Hill as “Brewery Bay.” A closer look at that map reveals that there is a small building labelled “Brewery.” This is likely proof of Smith’s south shore brewery that he started twelve years earlier.

The first brewery seems to have been located just inside Brewery Bay, escaping the flooding waters of the Ottawa River which submerged the peninsula that used to be there and can sometimes be seen at low waters throughout the year. If this location is correct, then the ruins of Ottawa’s first brewery either lie in the wooded area off the NCC bike path or were demolished by the government building parking lots near there.

Next time you pour a locally-brewed cold beer this summer, take a moment to remember where Ottawa’s first brewery was located and raise a glass to Ralph Smith who started it all down below the Parliament Buildings.

Priority in the garden

The bandit from Bells Corners