Discovering hidden gems at local wineriesPublished on May 16, 2018

It might be one of our region’s best-kept secrets. The Ottawa area is now home to over a dozen vineyards, several of which are located less than half an hour from Parliament Hill. Sommelier Julie Ricard has made it her mission to find creative ways to help local wines gather more attention through her company, Fortified Grape. Julie enthusiastically shared with Ottawa At Home her passion for the tenacity and talent of local winemakers.

What drove you to working in the wine industry? I love drinking wine and decided I should learn how to drink professionally! After completing Algonquin’s sommelier program, by chance I met the godfather of the local wine industry, Denis Perrault. I had no idea wine was actually being produced in the Ottawa area but instantly knew I’d found my calling.

Why choose to focus on promoting local wines and wineries? I like to say that in fact, local wines chose me. Denis hired me to work part-time in the retail store at Domaine Perrault and I filled my time by developing patio packages at the winery, which morphed into weddings, now a very big part of our business. Along the way, I began to work with other local wineries and decided to launch Fortified Grape to provide consulting services, create interesting events and offer tutored tastings.

What makes our area well-suited to growing grapes and making wine? Eastern Ontario has an abundance of great farmland with a variety of soils, including clay and rocky, limestone-based areas that are known to be particularly good for growing grapes. Our warm summers are ideal too. What is especially driving the change is the emergence of cold-hardy vines such as Frontenac and Marquette which produce really delicious wines. Local winemakers have learned a lot from growers and vintners in Quebec’s Eastern Townships, which has a similar climate and has had a thriving wine industry for several decades.

Is there a wide range of wines being produced in the Ottawa area? Yes! Winemakers are successfully exploring many different styles, supplementing locally-grown grapes with fruit from the Niagara region as needed. In Navan, for example, Domaine Perrault produces fifteen wines, including rosés, whites, medium to robust reds and extremely well-balanced dessert wines. At the nearby Vignoble Clos du Vully, you’ll find nine great varieties including fantastic fortified wine. South of the city in Mountain, Smokie Ridge Vineyard offers a diverse selection including a powerhouse rosé called Rosie Cheeks and their intriguing sm’Oaked Collection Sabrevois which has been barrel-aged for several years.

What is the best way for people to get to know local wines? The vineyard experience is still the best way to connect with the wines as it is so welcoming and unhurried. Take a drive, meet the people and really get a sense of their passion and determination as they toil the old fashioned way, mostly by hand. These pioneers are now producing interesting, complex wines, especially the truly impressive port-style fortified wines that just might become the signature style for Eastern Ontario, the way Niagara is known for ice wine. There is so much untapped potential here—it’s very exciting!

Jabulani Vineyard & Winery (Richmond, ON)
Owners: Tom and Janet Moul.
Vines: Over 11,000 vines including Frontenac Blanc, Frontenac Gris and Marquette.
Wines: rosé, red, white, fortified, cider, strawberry wine.
Of note: Tom has been making wine since he was a teenager in Africa; Jabulani is a Zulu word that means happiness or rejoice. The winery has won 11 international awards.
Julie’s Picks: Marquette Chete and Iced Apple Cider.

Life from the Tee 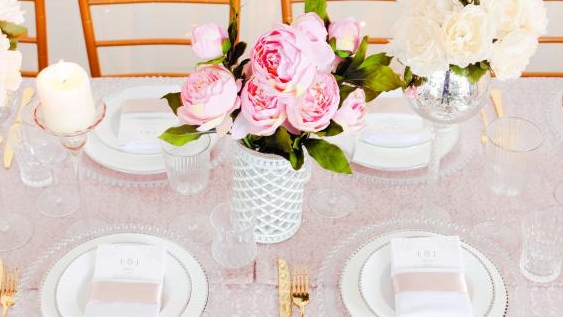