When the first tulips bloomed in the city of Ottawa in 1946, the legendary photographer Malak Karsh noted that they had, “brought colour back to a grey world.” At the time, Karsh was lamenting a nation that had just begun to emerge from the trauma of the Second World War. Now, 75 years later, those words find a deeper meaning once again.

It was Karsh’s love for the tulips and his dedication to photographing them every spring that led to the founding of the Canadian Tulip Festival here in Ottawa. He launched the first event in 1953 to honour the gift of tulips given to Canada by the Netherlands. From that first delivery, straight through to the present day, the Dutch people have gifted us with tulip bulbs every year. Most of us are familiar with this story, how the Canadian army fought to liberate the Netherlands during World War II, while the Dutch royal family found sanctuary here in Ottawa. But it’s too easy to get wrapped up in the beauty of the flowers and forget to take the time to remember all of the actions that brought them here.

That’s going to be a focus for this year’s edition of the Canadian Tulip Festival, now under the leadership of Jo Riding who considers herself one half events promoter and one half history buff. “We feel it’s our mandate, our mission to ensure that nobody forgets why the tulips are here or the sacrifice that Canadians made and why these flowers were given in gratitude,” Jo said.

The same as last spring, there will be no influx of tourists coming to witness Ottawa’s tulip bloom. Only local residents will be able to enjoy the sight in person, but for everyone else, there will be a rich selection of online content to bring the festival to them.

Taking the Tulip Festival online was a feat that the team was able to pull off last spring in less than two months. Jo says they began the pivot to an online festival on March 8th, 2020. They were able to pull it off and deliver the tulips to the world using modern techniques, like livestreaming, 360-degree photography and aerial drone video.

With a lot more time this year and a much greater understanding of the situation we’re in, the Tulip Festival has been working to bring a phenomenal depth to their online exhibits. History will be taking centre stage through interactive web content like ‘Project '44: The Road to Liberation,’ and ‘Towns of Liberation.’ These research projects will give us an unprecedented view into the bravery of Canada’s soldiers and their fight to free the Netherlands.

Jo shares the example of a soldier named Léo Major. Most of us would never recognize that name, but in the Dutch city of Zwolle he is still well known as the man who single handedly drove the Nazis out of town. It sounds crazy, but Léo attacked so furiously that the enemy thought an entire army was bearing down on them, and they took off running.

And many know about Princess Margriet, who was born in Ottawa during the war. There are so many fascinating details to her story, like how the Canadian government temporarily declared the maternity ward of the Civic Hospital to be extraterritorial, as it was important that the princess not be considered a Canadian citizen to protect her royal lineage. The princess was held up as a symbol that gave hope to Dutch resistance fighters during the occupation.

That’s why we hold the Tulip Festival at Commissioners Park on the shores of Dow’s Lake to this day. Obviously it is a very beautiful location, but the reason it was chosen is that the lake lies in close proximity to the Civic Hospital campus where Princess Margriet’s historic birth took place.

Visitors to the festival, both online and in person, can keep their eye out for a very special variety this year, the Rembrandt Blend. This new bloom was created in Holland exclusively for the Canadian Tulip Festival. The flowers’ appearance will coincide with the opening of the Rembrandt art exhibition at the National Gallery, the first major showing of Dutch painters work in Canada since 1969.

The Tulip Festival team are looking forward to a return to normal life in time for next year’s event, which will mark its 70th anniversary. For anyone who has missed out on the event due to COVID-19, the 2022 edition will more than make up for it. Jo intends to fill the flower beds around Dow’s Lake with all of the most beautiful, crowd favourite varieties from the festival’s past. This includes the return of the much-admired Canada 150 tulip.

Tulip Festival 2021 is running both online and in person for Ottawa locals from May 14th to 24th. All virtual content can be found at tulipfestival.ca. 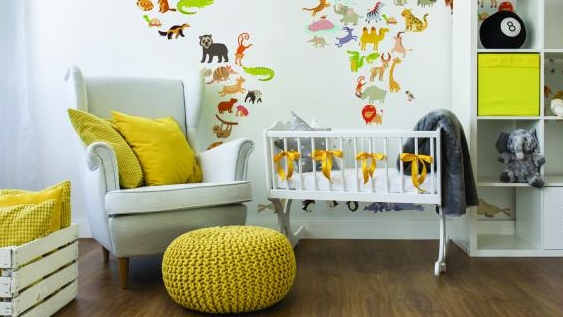