Jantine Van Kregten grew up in Amherstburg, Ontario which is almost as far south as you can get in Canada. A small-town girl interested in politics and learning how government works, she visited Ottawa in grade 12 as part of the Forum for Young Canadians, where she met Members of Parliament, Senators and toured the Supreme Court.

This trip made such a lasting impression on her that Jantine chose to study political science at the University of Ottawa. After graduating in 1992, she worked in local politics for city councillors and later moved into a new career with the ByWard Market Business Improvement Area, becoming its Executive Director in 1998.

Five years later, Jantine was hired as Director of Communications/Media Relations for Ottawa Tourism to promote Ottawa nationally and internationally as a tourist destination. Hosting travel media from around the world, she enjoys seeing Ottawa through their eyes and assisting them with their research in liaison with Destination Canada and Ontario Tourism Marketing Partnership.

As an unabashed fan of Ottawa, Jantine is passionate about selling a product she believes in and knows Ottawa inside out, but is always looking to discover something new. On Saturday afternoons, she is usually at her happy place, the Chateau Lafayette, sipping a craft beer and enjoying the country music show of Lucky Ron. 2017 is a busy year in Ottawa, and Jantine continues to love her job in a city where she came to study and never left.

Have your initial impressions of Ottawa evolved? The biggest change I have seen is in Ottawans themselves. There was a time where people had a chip on their shoulder believing they lived in the shadow of Toronto and Montreal. Today Ottawans are proud of who they are and no longer look over their shoulder to see what is going on somewhere else. Ottawa is doing its Ottawa thing and not worried about what anybody else thinks. We are not the teenagers that we were, we are comfortable adults now. The eyes of the world are on us as this is going to be the place to be in 2017.

How intensive was the planning for Ottawa 2017? It definitely did not sneak up on Ottawa Tourism with thanks to Mayor Jim Watson and Executive Director of Ottawa 2017, Guy Laflamme. We have been talking about this for years. Convention planners have forty-five booked conventions in 2017 compared to fourteen two years ago. Ottawa has it nailed in terms of planning for this year. No where else in the country has a full year’s worth of celebrations that will knock people’s socks off.

What are Ottawa’s strengths and weaknesses from a tourism perspective? We are very competitive in terms of our exploding culinary scene, craft beer, and variety of hotel accommodations. There is great excitement for all the planned events for 2017, but many of our new attractions like the Science and Technology Museum, the Arctic Gallery in the Museum of Nature, the Bank of Canada Museum, and the transformed National Arts Centre will live beyond 2017. We can always do better with international air access. It would be beneficial to have more direct flights to Ottawa, but it is all a numbers game where you have to hit certain targets. We certainly have grown over the years and I think we are getting there.

Anything exciting coming for 2018? We have a unique new product launching next May called Le Boat where you rent a luxury boat and can travel the full length of the Rideau Canal. There are a variety of boat options for a romantic getaway or entertaining your family and friends. You can customize your itinerary and dock when you want and access towns like Merrickville, Smiths Falls, Westport and Kingston, all the way to downtown Ottawa.

What has been a highlight working for Ottawa Tourism? The New York Times travel section article, 36 Hours in Ottawa, that was published in January brought tremendous exposure for our city. Many times, visiting journalists work with the planned itineraries we create for them and we cover some of their costs. But The New York Times has very strict rules about comps. We met with the author and recommended a few suggestions that made their way into the article and the end result was a piece that showcased Ottawa as a city you definitely want to visit. 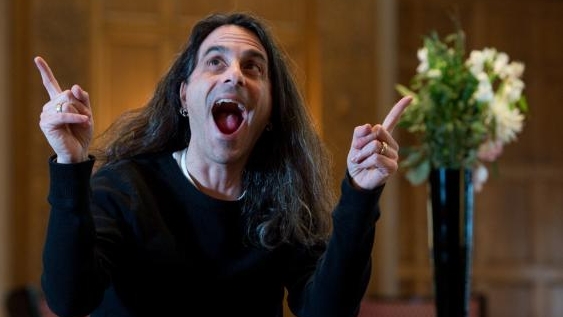