With a property right on the Rideau River, just south of Hog’s Back Falls, it’s no wonder Tony and Gill Weinberg set their hearts on a landscape design that would organically blend with the natural elements.

They decided to do a major revamp including a formal patio, dining area and stairs, with generous areas for entertaining—but to properly reflect the architecture and scale of their home, it would be too big of a job to do themselves.

Choosing Yards Unlimited Landscaping, now in its 32nd year of business, was a bit of serendipity as Tony worked at Tunney’s Pasture and regularly walked past their offices.

The design process began with Gill’s creative vision of the landscape emerging organically from the rocks. “When we started working with Yards, they were the first to see exactly what we saw,” says Gill.

Wood retaining walls were taken out and sculptured stone and massive granite boulders were brought in, with smaller stones and pebbles used to fill in and extend the area around the boulders. It gave the effect they were looking for by making the boulders look like they had always been there.

“There’s a lot of artistry involved in working with some of these elements,” notes Ian Stewart, President of Yards Unlimited. The cut side of the Eramosa Limestone has a veining pattern—a gorgeous blue when wet—similar to wood grain. He had it custom cut so that the veining on the wall stones would be predominant.

Yards Unlimited went with a somewhat architectural line—very square, very angular—to reflect the lines in the house. To be mindful of cost, a blend of natural and cultivated stone tile achieved the best of both worlds. Rather than paving everywhere, they focused the natural limestone in the high-impact areas.

One of the things the Weinbergs love most about the property is the wildlife, such as the herons, turtles, and ducks, who make their homes along the river. Yards Unlimited ensured their new garden design offers cover for wildlife and attracts plenty of pollinators and birds. “It’s a very active garden,” Ian confirms.

Working on land along the Rideau River requires special considerations due to strict rules set out by the Rideau Valley Conservation Authority (RVCA) to retain the shoreline and the grading of the flood plain. “We did our due diligence and made sure we respected all the rules,” says Ian.

“We are eternally grateful to the (RCVA) because they’ve really taken an interest in caring for the Rideau River and we benefited enormously from that,” adds Gill. “They’ve been a good guide for us because we wanted to keep the waterfront very natural.”

Yards Unlimited used softer, more flowing plants as a counterbalance to the more linear hardscaping—especially stephanandra, cutleaf sumac, hydrangea, Hakone grass, and a variety of hostas. This yin-yang balance was enhanced by plant material spilling over the stone edges. Stephanandra and cutleaf sumac, for example, create a harmony with the flowing sense of the river and pair with the linear nature of the house.

The Weinbergs wanted a garden that would be low maintenance, so they opted for all perennials. “We were mindful of the day when we might not be able to take care of it so easily,” explains Gill.

Ian says there’s a trick to putting a landscape design all together. For example, you need to work with variable colours and textures to create a garden that evolves throughout the seasons. Early blooming trees and shrubs, like magnolias, bring vibrancy in spring; hydrangeas have blooms changing from white to pink in late summer, and remain dried on the plant into winter; a dogwood’s vibrant green leaves turn to scarlet in fall.

Patience and planning are key to successful design. “When you have an opportunity to work with natural stone, every piece is unique. You have to work with care and attention,” notes Ian, adding, “And when you can work with clients like this who love nature as much as we do, it’s quite a pleasure.” 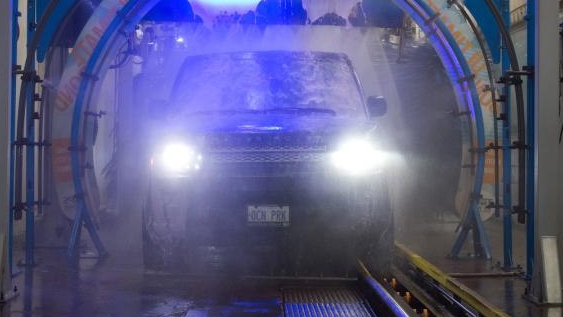 Let the Sun Shine In!