Over 300 people enjoyed the fourth annual A Taste for Hope at Lansdowne Park’s lovely Horticulture building on March 30, raising over $60,000 for the Shepherds of Good Hope. It was the perfect setting for nibbling, sipping and mingling as eighteen local chefs and beverage suppliers delivered a stellar line up of samples.

Don Ermen, communications manager for the Shepherds of Good Hope, noted that the event is important for several reasons. "It's a fun night and it serves to not only raise much-needed funds, but also increase awareness of the work we do. A lot of people are not aware of the scope of our operations serving the homeless in Ottawa." The Shepherds offer life-sustaining programs and services to more than 1,600 men and women every day, including hot meals, groceries, clothing and a safe place to sleep at one of eight shelters and supportive living facilities across the city.

The event included live entertainment, a gallery of the stunning photographs which have been compiled into a new 2016-2017 calendar as well as an impressive silent auction. The most hotly-cont ested item in the live auction was an exclusive dinner for eight to be prepared and served by the Bytown Chefs Collective, at the private dining room of the new Andaz Hotel under construction in the ByWard Market. The winning bid was $3200, an amount which delighted the hotel’s new executive chef, Steven LaSalle, formerly of the Albion Rooms.

Participating chefs included Mark Lepine of Atelier, recently crowned Canada’s best chef at the 2016 Gold Medal Plates competition as well as Kyle Mortimer-Proulx of Lowertown Brewery, Jason Laurin of Essence Catering, John Taylor of Taylor’s Genuine, Jesse Bell of the Albion Rooms, Jeff Stoveld of Top of the Hill Bakery, Kenton Leier of the Westin and many others.

Event organizer Robin Duetta of What's the Big Idea was thrilled to exceed the approximately $50,000 the event has raised annually over the past three years. "Ticket sales were stronger this year and we were able to add a few more fun elements, including the launch of our gorgeous calendar featuring images of some of Ottawa’s most impressive chefs.” The eighteen-month calendar is available through the Shepherds of Good Hope. 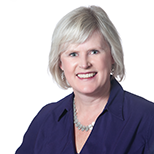